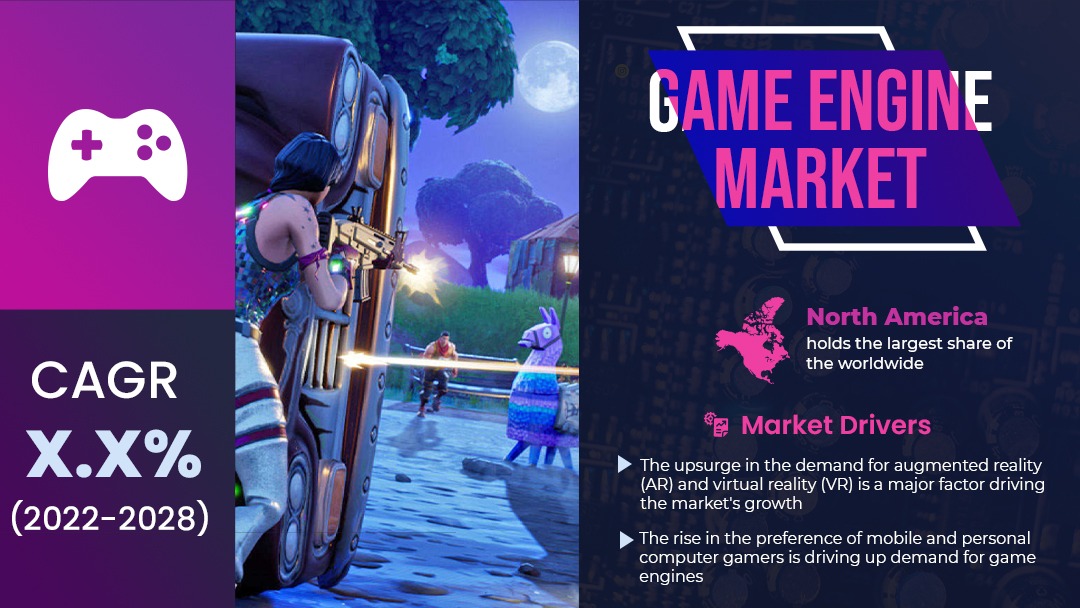 The global game engines market is segmented into the Asia Pacific, North America, Europe, and the Middle East & Africa. Among the regions, Europe is expected to hold a significant market share in the game engines market. Asia Pacific region is the fastest growing region in the market due to the increasing popularity of various 3D and 2D games in the region. Furthermore, North America holds a significant market share in the game engines market and will continue to flourish in its trend of dominance during the forecast period because of the presence of a high number of game consumers and technological advancement in this region.

The report provides deep insights into demand forecasts, market trends, and micro and macro indicators. In addition, this report provides insights into the factors that are driving and restraining the growth in this market. Moreover, The IGR-Growth Matrix analysis given in the report brings insight into the investment areas that existing or new market players can consider. The report provides insights into the market using analytical tools such as Porter's five forces analysis and DRO analysis of the game engines market. Moreover, the study highlights current market trends and provides forecast from 2022-2028. We also have highlighted future trends in the market that will affect the demand during the forecast period. Moreover, the competitive analysis given in each regional market brings insight into the market share of the leading players.