Global Non-Hodgkin Lymphoma Treatment Market is expected to grow at a CAGR of 7.20% over the Forecast Period of 2029– 2025 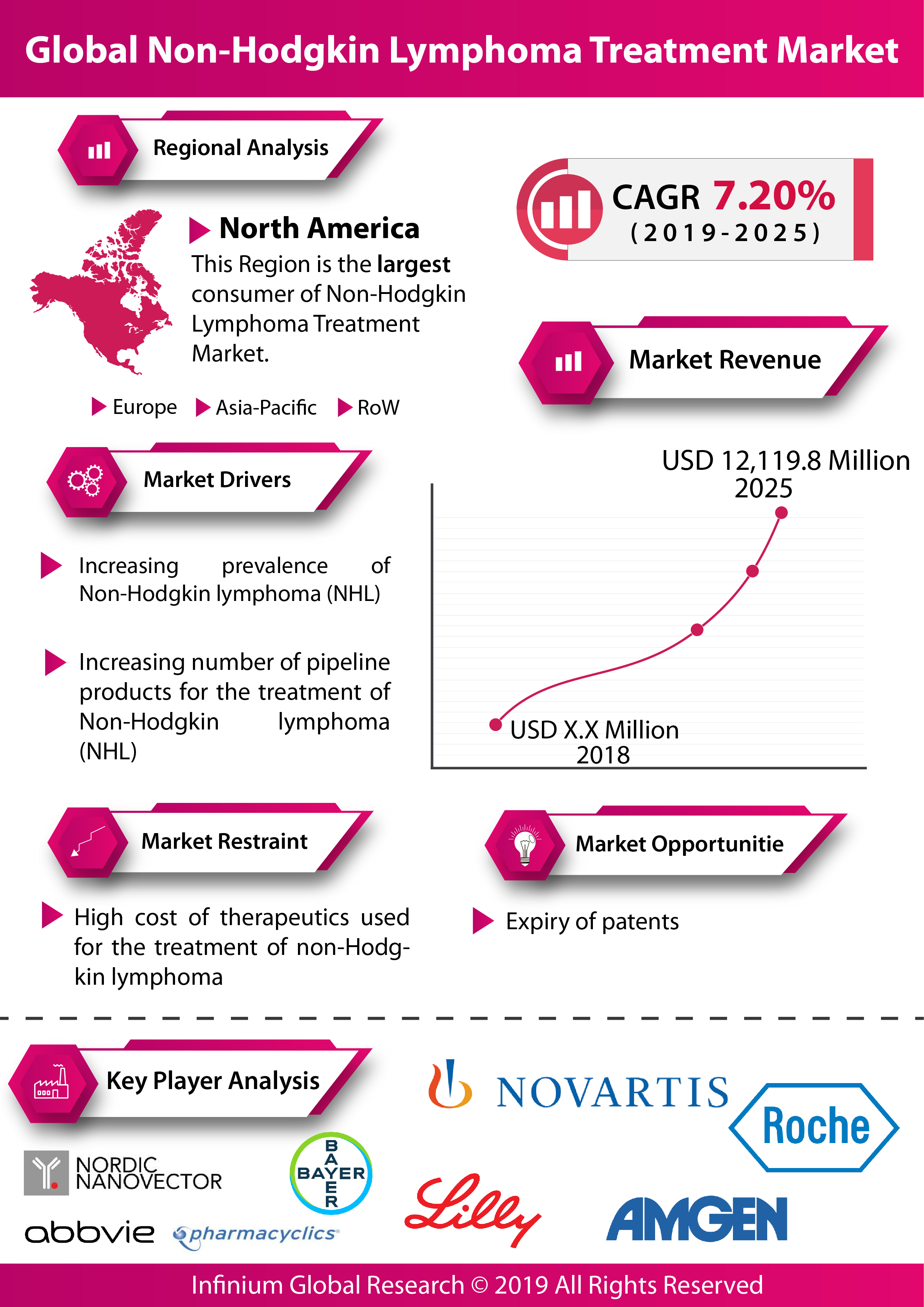 The incidence of non-Hodgkin lymphoma (NHL) varies by geographic region. The areas with the highest incidence of NHL are North America, Europe, and Australasia, as well as several countries in Africa and South America. North America accounts for the largest revenue in the global non-Hodgkin lymphoma treatment market. The high prevalence of non- Hodgkin lymphoma contributes to the growth of the market. The disease accounts for 4% of all cancers in the United States. Furthermore, well established healthcare infrastructure, favorable reimbursement policies and high spending capacity of the people in North American countries such as the U.S. and Canada favors the growth of the market in this region. Europe is anticipated to hold the second largest share in the total addressable market owing to factors such as increasing cases of B-Cell lymphoma, rising aging population and growing number in the clinical trials for the treatment of NHL treatment market in this region.