Global Identity Verification Market is expected to grow at a CAGR of 15.78% over the Forecast Period of 2019– 2025 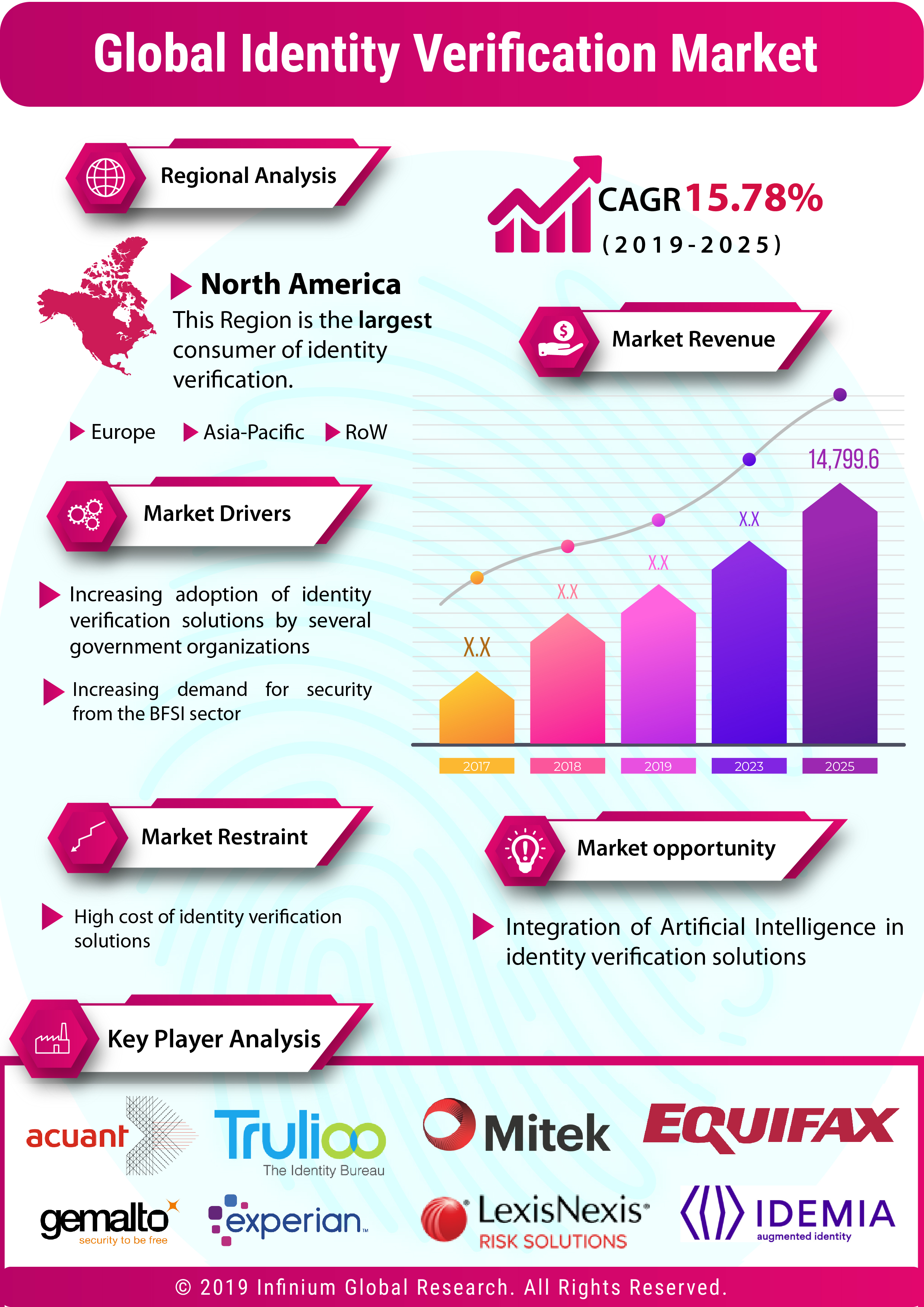 Geographically, the North America region dominates by the largest market share in the Identity verification market due to the growing demand Internet of things (IoT) and cloud-based solutions. The presence of large scale enterprises along with an increasing number of small scale businesses boosts the growth of the market in this region. In North America, the U.S. dominates the market followed by Canada and Mexico. Asia-Pacific region is expected to boost the growth of the Identity verification market in the forecast period. In the Asia-Pacific, China holds the largest market share followed by Japan and India. A growing number of large scale enterprises, as well as small-medium scale enterprises and increasing demand for identity verification due to fraud and theft, boost the growth of the market in the Asia-Pacific region.