Global Bleeding Disorders Treatment  Market is expected to grow at a CAGR of 7.84% over the Forecast Period of 2019– 2025 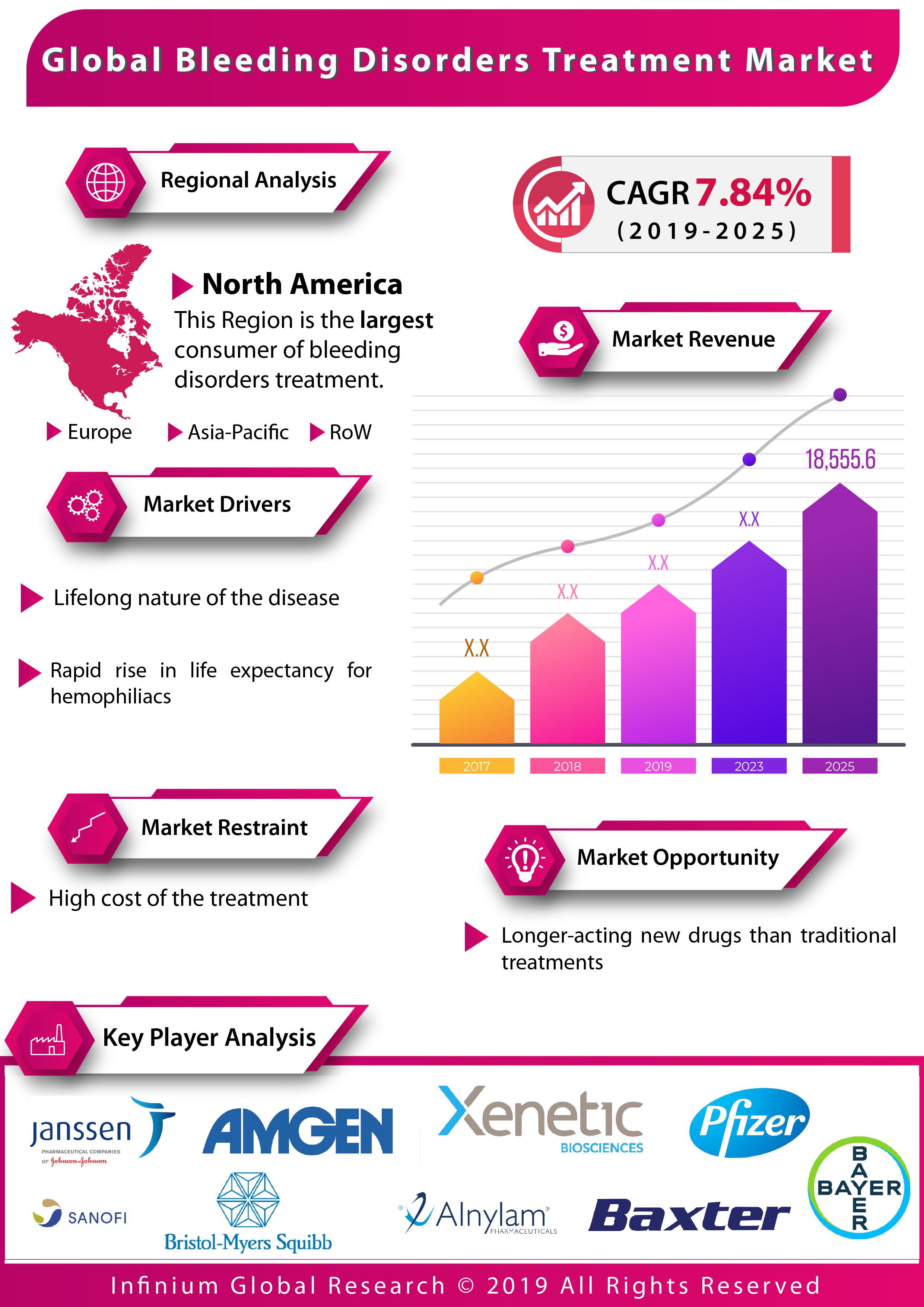 The Global Bleeding Disorders Treatment Market is expected to grow at a CAGR of 7.84% between 2019 and 2025 in terms of value. Hemophilia is the most well-known inherited bleeding disorder in which the blood does not clot properly. The growing incidences of hemophilia across the world escalate the demand for bleeding disorders treatment market. As per Hemophilia Federation of America, four hundred thousand people worldwide were living with hemophilia, and about 20,000 are living with it in the United States. Furthermore, growing R&D investment for the development of hemophilia products, rising awareness about bleeding disorders, and favorable compensation policies are other factors responsible for the growth of the same. Furthermore, according to the Centers for Disease Control and Prevention, near about 400 babies were born with hemophilia each year. However, the high cost of treatment and hemophilia drugs is likely to hamper the growth of the bleeding disorders treatment market. Moreover, the development of new drugs that lasts for a longer period of time is expected to provide fruitful opportunities for market growth.