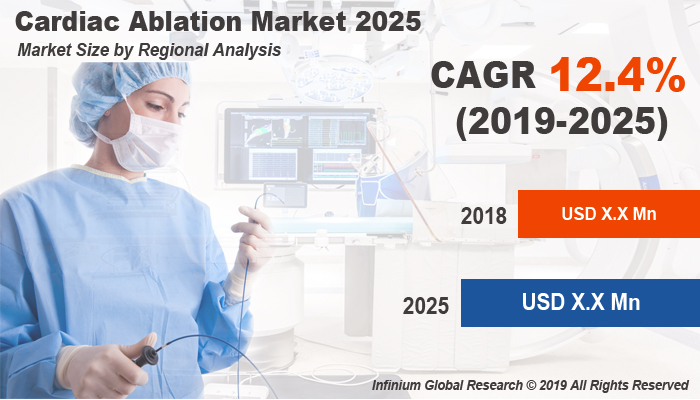 The rising occurrence of the cardiac arrhythmia around the world is driving the growth of cardiac ablation market. Atrial fibrillation is a precursor to a number of serious cardiovascular complications, including stroke. As many as 2.2 million Americans are living with atrial fibrillation. A recent study has suggested that 1 in 4 Adult Americans over the age of 40 could develop an irregular heartbeat. Therefore, an increased risk of irregular heartbeat disorders among the rising geriatric population also propels the market growth. Furthermore, open heart surgeries and stretched drug therapies are being replaced with cardiac ablation as it is minimally invasive and inexpensive as compared to other medical therapies. In addition, patient recovery is also fast in cardiac ablation procedures. The major restraint for cardiac ablation market is a lack of trained professionals. Moreover, increasing approvals from regulatory bodies for new technological advancements are providing favorable opportunities for the growth of cardiac ablation market.

The report provides deep insights into the demand forecasts, market trends, and micro and macro indicators. In addition, this report provides insights into the factors that are driving and restraining the growth in this market. Moreover, The IGR-Growth Matrix analysis given in the report brings an insight into the investment areas that existing or new market players can consider. The report provides insights into the market using analytical tools such as Porter's five forces analysis and DRO analysis of cardiac ablation market. Moreover, the study highlights current market trends and provides forecast from 2019-2025. We also have highlighted future trends in the market that will affect the demand during the forecast period. Moreover, the competitive analysis given in each regional market brings an insight into the market share of the leading players.